Founding chairman of the EAU Robotic Urology Section Prof. Alex Mottrie was presented with the John Wickham Lifetime Achievement Award for his contributions to robotic urology. He accepted the award at the 18th Meeting of ERUS, held in Dusseldorf, Germany in conjunction with the 13th Meeting of the German Society of Robotic Urology on 11-13 November 2021.

Prof. Peter Wiklund presented the award, citing Prof. Mottrie’s role in training numerous colleagues from all across the world in the field of robotic surgery and his tireless efforts to establish and improve training. Wiklund called him “a true pioneer”. In addition to his presidency/chairmanship of ERUS, Prof. Mottrie is founder and CEO of  the ORSI Academy, training a whole new generation of surgeons.

“Alex is an exceptionally good person and a ‘talented brain’, no doubt about it. Most of all, he’s extremely passionate. He dedicated his life to education, and he built this community of not only extremely talented surgeons, but also good humans. He founded a good family to work with, a real combination for success.”

“When he accepted the award, you could see he was very emotional, he made us cry. You don’t see that often. In the course of our careers, we’ve all received prizes from time to time, but you don’t often see a man so overcome with emotion. He is truly a passionate man who dedicated his life to science. To me he is the founder, the honorary and forever member of the ERUS community.” 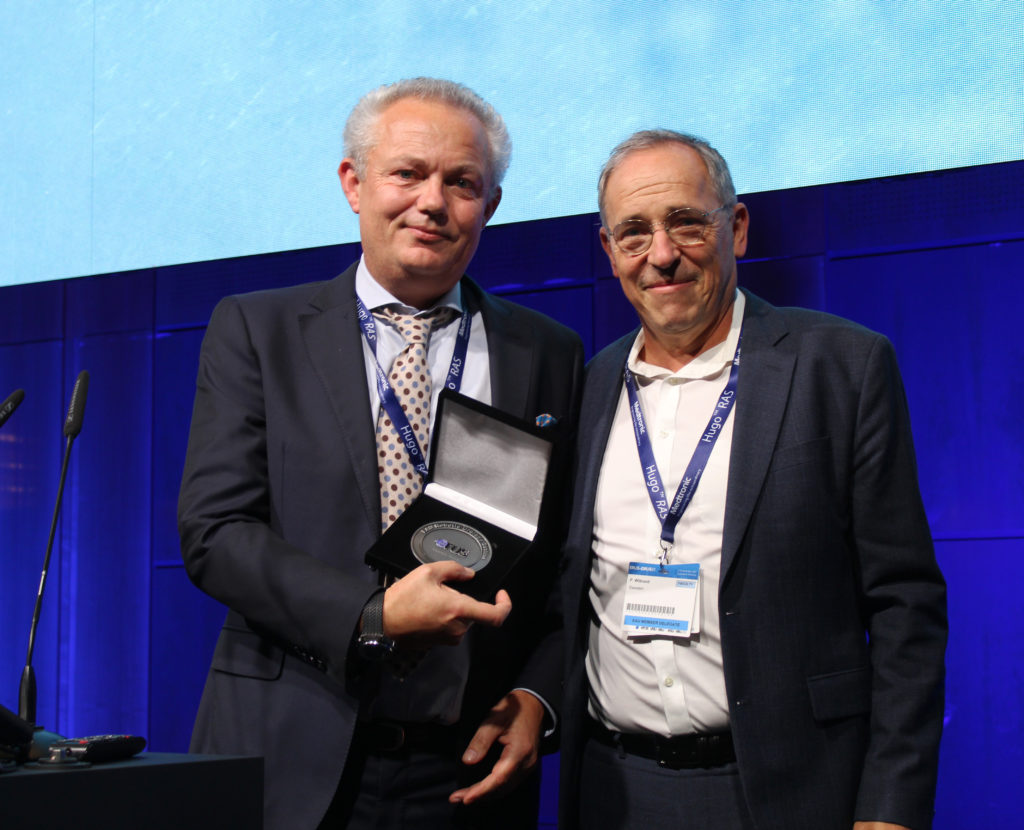 John Wickham Award
Prof. Mottrie joins Prof. Walter Artibani (2019) and Prof. Claude Abbou (2018) as winners of the award. The award is given on an annual basis, honouring surgeons who have made a significant contribution to robotic surgery. The prize consists of a medal featuring an engraving of John Wickham’s likeness. No winner was announced in 2020 due to the virtual nature of ERUS20.