Prof. Walter Artibani is the second winner of the John Wickham Lifetime Achievement Award for contributions to robotic surgery. The prize was awarded in Lisbon, at the 16th Annual EAU Robotic Urology Section meeting, ERUS19.

The award was presented by Prof. Wiklund on behalf of the ERUS, commending Prof. Artibani for his role in bringing robotic urology into the mainstream and for his work in the Live Surgery Guidelines working group, which created a clear protocol for live broadcasting of robotic surgery at events like ERUS19.

In his acceptance speech, Prof. Artibani said he was proud to have been involved in ERUS from its earliest years, and was pleased to see it become a very successful section within the EAU.

“Second, I would like to comment on the merit of this award,” Artibani continued. “It is also an award for my co-workers, fellows and residents, some of whom are already stars in their own right.”

“Finally, allow me to give you a glimpse into the future. We can be happy to have seen the progress in our field in the last twenty years, but I feel that we are only at the beginning of robotic urology. With technologies like advanced genetics and artificial intelligence, we will look back on this period as a primitive one. The scientific community will be driving these changes, and that is why I am proud to be a part of it.”

John Wickham Award
The award is given on an annual basis, honouring surgeons who have made a significant contribution to robotic surgery. The prize consists of a medal featuring an engraving of John Wickham’s likeness. Last year’s inaugural award went to Prof. Claude Abbou for his pioneering work in robot-assisted prostatectomy and renal transplantations. 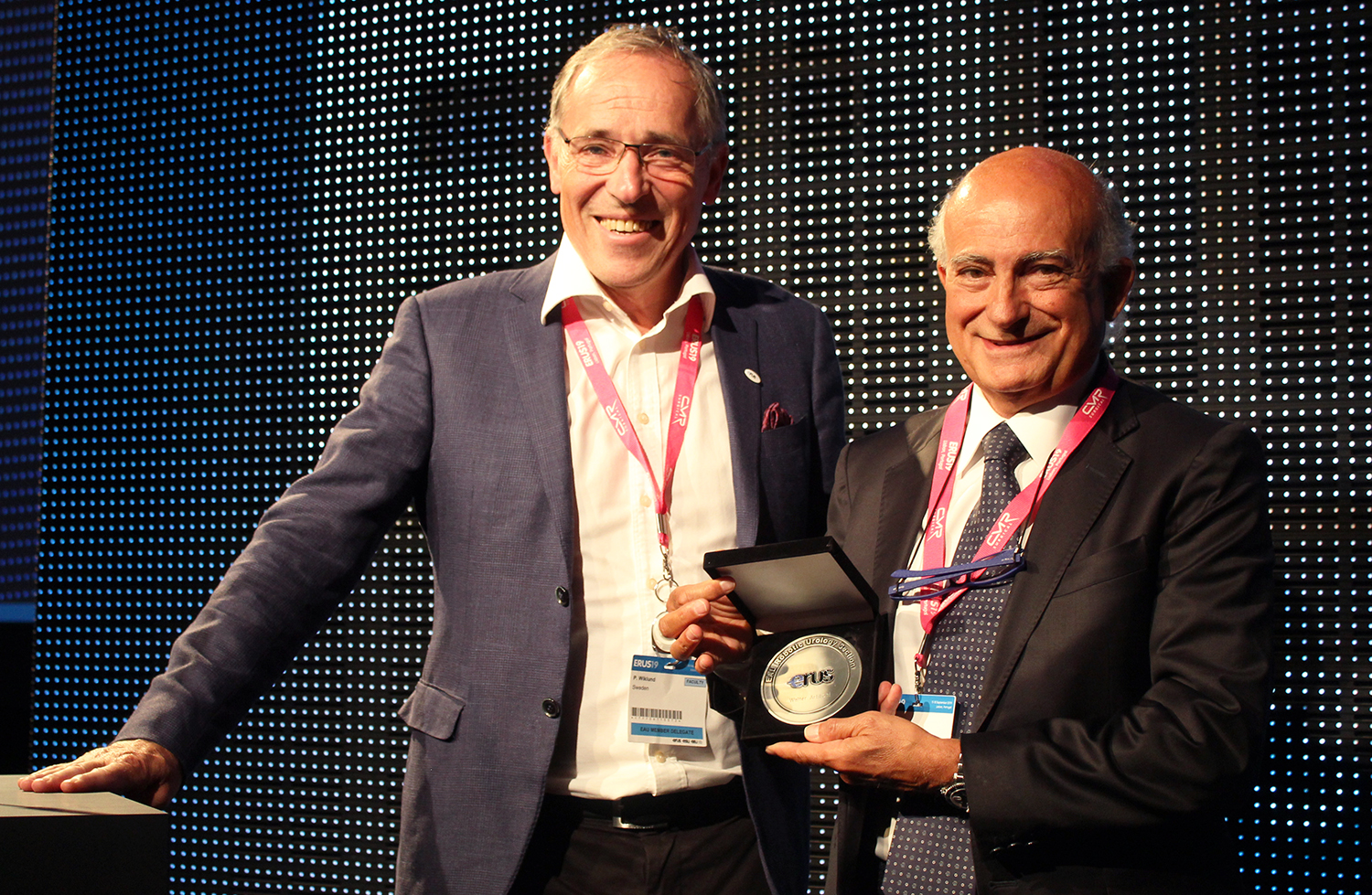