This year’s John Wickham Award winner is Dr. Richard Gaston (Bordeaux, FR). Dr. Gaston was selected for his enormous contributions to robotic urology and received the award at the 19th Annual Meeting of the EAU Robotic Urology Section, ERUS22 in Barcelona.

Presenting the award was Prof. Peter Wiklund, who explained the motivation of the nomination committee: “Dr. Gaston was chosen by ERUS because he is one of the true pioneers of minimally-invasive surgery in Europe. He performed the first laparoscopic prostatectomies in Europe, which was the starting point of a whole boom of laparoscopic surgery. He became one of the laparoscopy super-experts, a ‘beautiful’ surgeon.”

“But remarkably, when surgical robots were introduced at the turn of the century, he immediately switched to robot-assisted techniques. Most other laparoscopic masters were hesitant to make that step, and in some way fought the robots, but Dr. Gaston saw the advantages straight away. He became a pioneer also in robotic surgery.”

“For me personally, one of the turning points in my career was when I saw him do laparoscopic prostatectomies, that’s when I understood that this was the way the field was headed. I was an open surgeon at the time, after that I understood that the future is going to be minimally-invasive, and then robotically-assisted. Dr. Gaston is in fact a double pioneer.”

Earlier that day, Dr. Gaston participated in the ERUS22 Live Surgery programme with a demonstration of robotically-assisted radical prostatectomy, post-TURP. 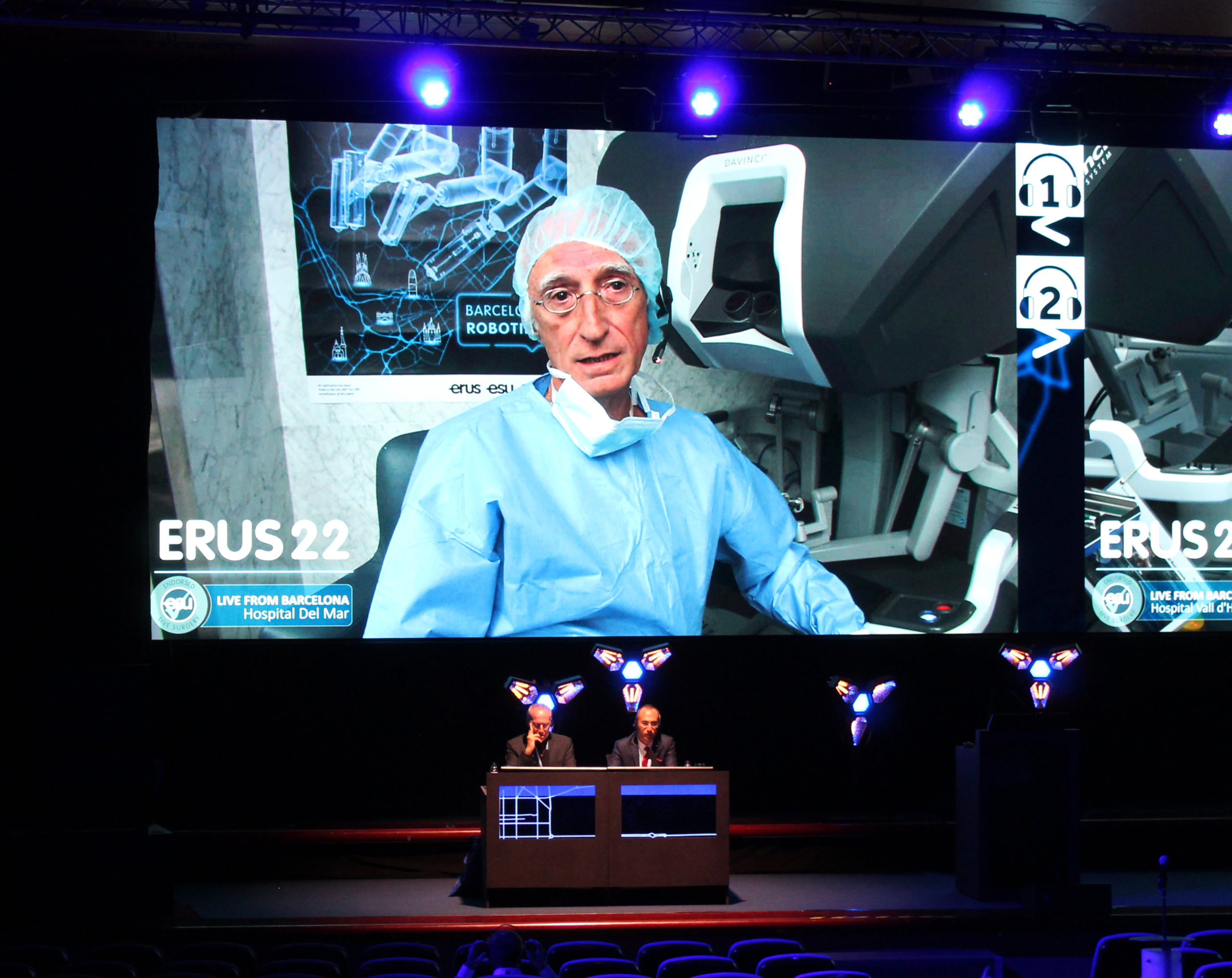 John Wickham Award
Dr. Gaston joins Prof. Alexandre Mottrie (2021) Prof. Walter Artibani (2019) and Prof. Claude Abbou (2018) as winners of the Wickham Award. The award is given on an annual basis, honouring surgeons who have made a significant contribution to robotic surgery. The prize consists of a medal featuring an engraving of John Wickham’s likeness. No winner was announced in 2020 due to the virtual nature of ERUS20.